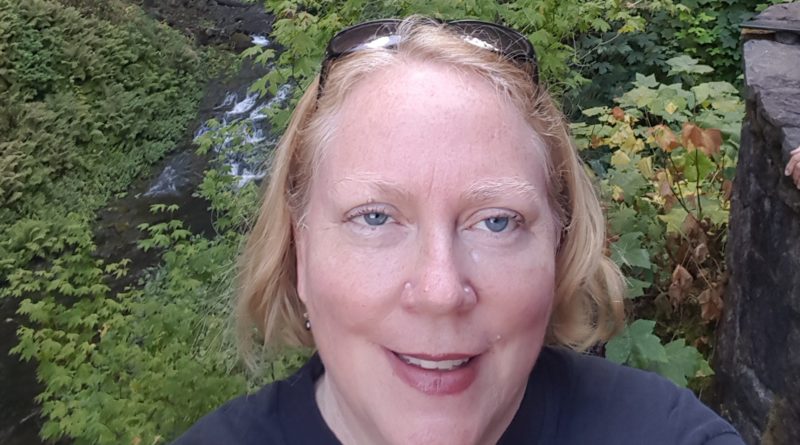 Karen Weitz from Portland, Oregon, USA har just signed up for the World Championship in Massage. Here’s the story of how she ended up becoming a massage therapist.

After completing high school, she volunteered in Haiti for 18 months during which she survived a coup d’etat. After her return, Karen completed a BA in French at Brigham Young University in Provo, Utah.

After university, karen worked at a refugee agency in Portland, Oregon with both Haitians and people from the Congo. She also volunteered with Amnesty International.

Karen began to receive regular massages during this period to break down the somatic holding patterns of “body armoring” that kept her in a lot of pain in her neck and shoulders.

Karen felt compelled to exchange her activism on a global scale reducing it to an individual scale in 1996 as she enrolled in massage training.  She became a body activist, changing the world one body at a time.

Her work is an amalgamation of all of massages that she has received because she is a tactile learner. Karen has officially studied Swedish massage, deep tissue, polarity, Lomi Lomi, MFR, Intraoral, Watsu, Thai, hot stones, NRE, craniosacral, cupping, Gua Sha, and VM1.

Because she speak other languages, Karen jokes that she speak “body” too. She listen to what the client’s body is saying and adjust the treatment accordingly.

Even though Karen work primarily to address muscle dysfunction during a session, she believes that treatment work can also be very soothing and pampering. She avoid the noxious stimulus response by masking and distracting. The hot stones that she uses are called Body Rocks. They become extensions of her hands. Their use gives her more time in a session.

She graduated from the East West College of the Healing Arts in Portland, Oregon in 1997. http://www.eastwestcollege.com

IMA look forward watching her skills, at the World Championship in Massage 2019 in Copenhagen.